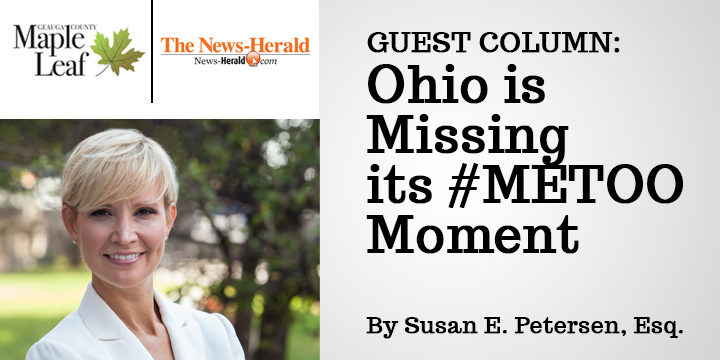 “Ohio must not miss out on our #metoo moment. The time for change is now.” – Susan Petersen

As I sat and listened to the Oscars, I was reminded that a tide has turned in American culture. Victims of sexual assault are being given a voice with which to unroot what was perpetrated against them. There should be no safe harbor for those who would harm others, no matter their status or station.

Sadly, those in power have allowed laws to change to not only empower those who would do harm to others but strip victims of sexual assault of sacred constitutional rights. This isn’t something that just happens in Hollywood. It is a “me too” moment for Ohioans.

Jessica Simpkins was a 15-year-old member of Sunbury Grace Brethren Church in Sunbury, Ohio. During a counseling session in March 2008, the church’s senior pastor, Brian Williams, asked the teenager to perform oral sex. When she refused, Williams forced her. Simpkins then attempted to leave the office. Williams blocked the door, pushed her to the floor and raped her.