Highlights of the results our lawyers have obtained for their clients

Trial lawyer Todd Petersen led the way to winning a $300,000 verdict in Cuyahoga County after 7 days of trial. A jury made the award after determining that a paving company negligently applied seal coat to a parking lot making it dangerously slippery. The woman slipped and fell as she was coming from work to her car. The impact of the fall caused a serious and permanent hip injury.

An 83 year old woman was placed by her family in an assisted living facility with early stage Alzheimer's disease. When she became confused and began acting out, the facility's nurses began chemically restraining her with antipsychotic medications ordered by the medical director. The owner directed the family not to visit stating the patient needed time to adjust. On day 16, the woman was found unresponsive and transported to the hospital in respiratory arrest from the overdosing. She survived but the Plaintiff argued that the trauma accelerated her brain disease, resulting in a need for placement in a nursing home where she died 20 months later.

Todd Petersen proceeded to trial with claims under the Uniform Commercial Code seeking to revoke the acceptance of a large commercial pressure tank that, six months after delivery, was found to be missing its manufacturer’s certification. Jury awarded client $40,000, finding that revocation was commercially reasonable.

Susan Petersen negotiated a $2.15 Million Dollar settlement for 47 year old female pedestrian client who was injured when she was struck by a motor vehicle in a crosswalk. She suffered a traumatic brain injury as a result, fracturing her skull and causing damage to both frontal lobes of her brain. The woman was hospitalized for two weeks and suffered permanent impairments of cognition, vertigo, ability to smell/taste, and behavior. The driver of the vehicle who struck the woman did not have a valid Ohio driver's license at the time of the incident. The Plaintiff – a business professional and mother of two young children – alleged that the defendant was negligent in its hiring and retention of the driver. Plaintiff asserted that her brain injury resulted in permanent impairments of cognition, vertigo, ability to smell and taste, behavioral problems, which was supported by the testimony of her neurologist and neuropsychologist. Plaintiff’s neuropsychologist opined that it was in her best interest to decrease her full-time workload. Plaintiff sought past medicals, past wage loss, loss of future earnings and loss of services. Her husband claimed loss of income for a business deal which fell through because of increased commitments at home.

Susan and Todd Petersen settled a wrongful death, product liability case in federal court against General Motors Corporation for a confidential amount. This case was an automotive products liability action alleging defects relative to the design of the fuel system on a medium duty truck driven by a 47 year old man who was involved in a one vehicle accident on I-90 East just west of Cleveland. The driver's traumatic injuries were minor, but the vehicle's 50 gallon fuel tank – mounted outside the frame just below the passenger door – was compromised in the collision. The post collision fuel fed fire badly burned the driver. For three and a half months, he was hospitalized in a burn unit in Cleveland. After 14 surgeries, including bilateral leg amputations, he succumbed to his injuries.

Susan Petersen negotiated a $1.45 million settlement in a products liability claim. Her client claimed to have been injured while using the product, breaking her back at L1 and L5 which required a kyphoplasty, hemilaminectomy, a diskectomy, and fusion. The Plaintiff suffered permanent daily back pain. She brought suit, claiming the product was defective in both design and manufacture. The defendant company denied the allegations. The remaining terms of the settlement, including the identity of the parties, are confidential.

Susan Petersen obtained this medical malpractice settlement for the family of a 39 year old man who underwent bariatric surgery in Ohio. Bariatric surgery is also known as weight loss surgery or gastric bypass surgery. The bariatric surgeons tragically failed to promptly recognize the classic signs and symptoms of a post-operative leak. For the patient, it was several days too late. He had gone into sepsis and multi-system organ failure. The bariatric facility where the surgery took place advertised having specialized equipment to handle the needs of the morbidly obese when it did not. Such equipment would have assisted in the diagnosis of his leak. He died after a month long complicated hospital course, leaving behind two teenage boys. 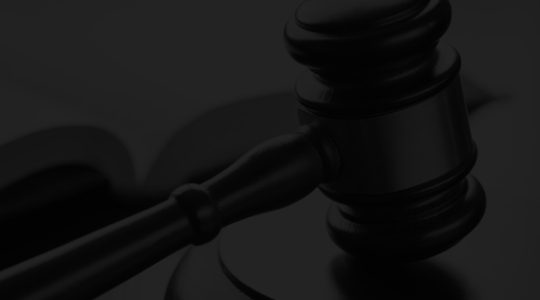 Todd Petersen successfully defended the rights of a homeowner sued by her neighbors for trespass, negligent and intentional invasion of privacy, malicious prosecution and wrongful arrest, receiving unanimous verdicts on each count and further obtaining a unanimous verdict from the jury on his client's counterclaim for adverse possession and abuse of process.

Todd Petersen obtained the acquittal of client on charges of felony intimidation of a witness, successfully arguing only crime was minor misdemeanor disorderly conduct

Page 2of 3: 1 2 3
Please Note: The results listed were obtained for clients based upon the specific facts of each case. The results do not guarantee results in cases with similar facts, nor should this be relied upon to suggest that your potential claim will result in an outcome that is similar in nature.